In a theatre near you... 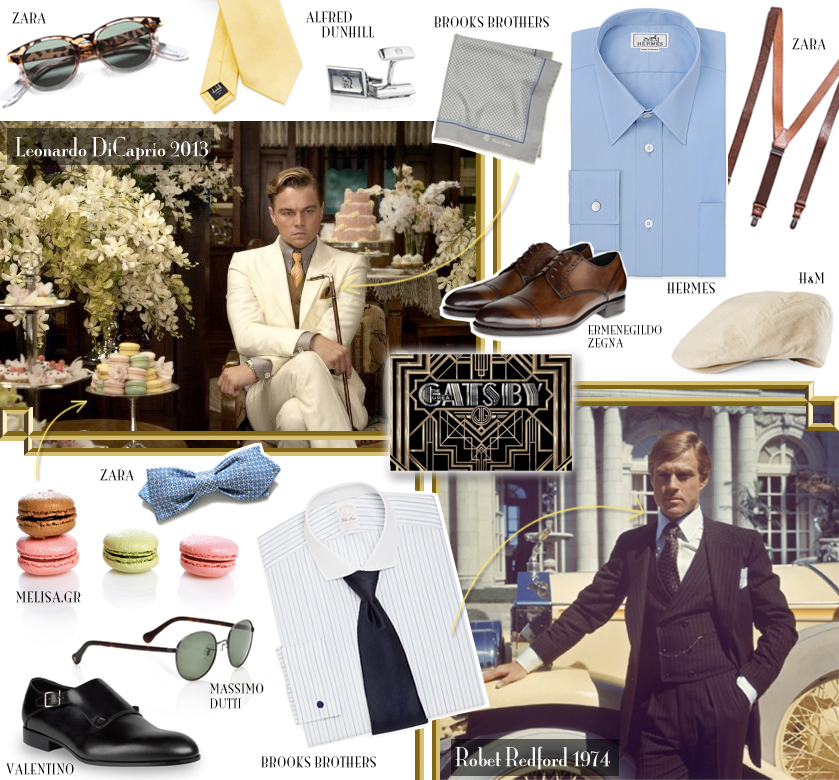 "Whenever you feel like criticizing any one,
just remember that all the people in this world haven't had the advantages that you've had."

1926_ Warner Baxter as Jay Gatsby. Director: Herbert Brenon. Trivia: No prints of this film are known to survive.

1974_ Robert Redford as Jay Gatsby. Director: Jack Clayton. Costume designer: Theoni V. Aldredge (won an Oscar for the movie). Trivia: Marlon Brando turned down the role of Jay Gatsby because producers would not submit to his salary demands.


2013_ Leonardo DiCaprio as Jay Gatsby. Director: Baz Luhrmann. Costume designer: Catherine Martin. Trivia: Production was delayed when the director was hit in the head by a moving camera crane, having to then receive three stitches.