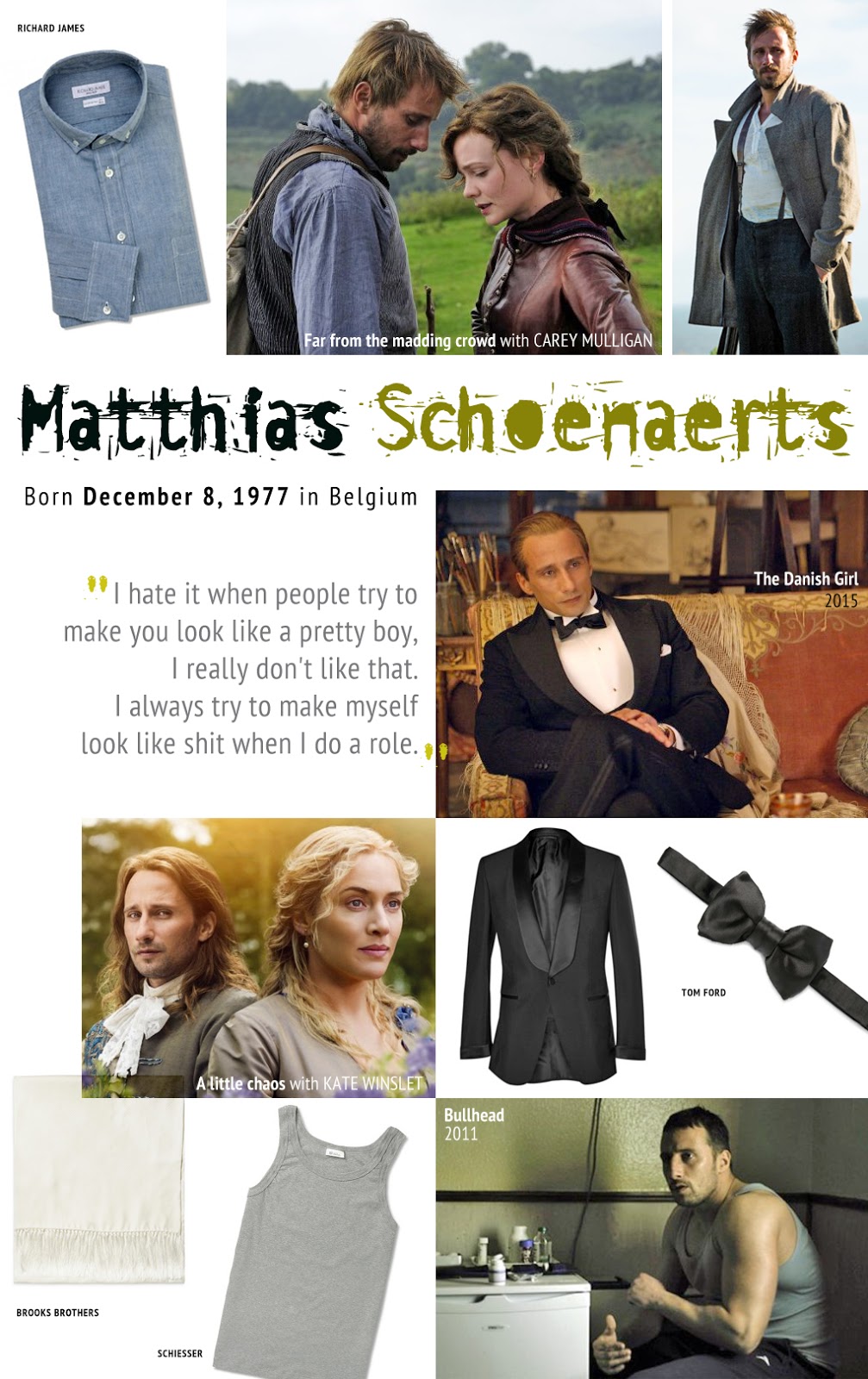 • Appeared in two films with his father, Julien Schoenaerts: DAENS (1992) and ELEKTRA (2004),
the latter is the only film in which they shared scenes together.
• Was close to become a professional soccer player but gave up when he was 16.
• Played the piano when he was a kid, so he had a little basis for his role in Suite Francaise (2014),
but he wanted to learn how to play for real in the film.
Schoenaerts also learned to speak German for his role as German soldier Bruno von Falk.
• Is a graffiti artist under the pseudonym ''Zenith''.
• Carey Mulligan suggested him for the role of Gabriel Oak in FAR FROM THE MADDING CROWD (2015)
after having seen him in RUST & BONE (2012).
• Auditioned for a role in David Cronenberg's A Dangerous Method (2011).
The audition went well and the casting agents wanted to call him back, however,
he had pledged his commitment to Bullhead (2011) and so had to let the opportunity slip.